On the north slope of the Calapooya mountains, lying well up to their intersection with the Cascade range, is the Bohemia Mining District of southwestern Oregon.

The mining district is rich in history and tales of colorful characters who developed the myriad claims during the three major developmental eras of the district.  Due to many factors, artifacts and buildings of past activity have not been preserved.  The best way to experience the history of the area is through photographs, visits with people who have worked in the district, and consulting the articles and books which have been written about the geological and social history of the district, books are available at the Cottage Grove Library, the Eugene Public Library, and the Bohemia Mining Museum in Cottage Grove.  Many people who have spent the major part of their lives working in or around the mining district are involved in the Bohemia Mining Days Celebration, which is held annually. The Bohemia Mining District’s development has been characterized by three major eras of activity or phases.  The first occurred from the years 1864-65 to approximately 1877-80 as the exploration and discovery phase.  During this time, following the discovery of free milling ore at the headwaters of City Creek, a deluge of locating and development occurred (‘Ray E. Nelson, Facts and Yarns of the Bohemia Gold Mines’), with over 100 claims being staked in the area of the original discovery.  Bohemia City was established at the present-day Musick Mine site, and the Miners’ Code of Laws for the Bohemia District was adopted.  The Bohemia Trail, also called the Couch and Hawley Trail was built from Sutherlin to the District but it was a greater distance than from Cottage Grove, which became the gateway to the Bohemia District.  The Knott Trail, built in 1871 provided the first way into the mines from Cottage Grove for freight and machinery.  The first Stamp mill in the district was brought in over this trail by Joseph Knott to his mine on the Bohemia claim near the top of Grouse Mountain.  Interest in the Bohemia District during the first era seemed to slip away as quickly as it had built up.  Knott’s mine and mill were un-successful and became victims of the heavy snow and harsh winters common to the district.

From approximately 1889-1890 interest in the mining area picked up again, with the discovery of the Annie Mine, discovery and development on the Musick Mine by James A. Musick and others, the construction of the “Red Bridge” over Row River where Sharp’s Creek empties into it, and the building of a road up to Mineral.  The year 1902 saw the consolidation of the Musick Mine, the Champion and the Helena Mines into the huge Calapooya Mining and Tunnel Co.  (‘Ray E. Nelson, Facts and Yarns of the Bohemia Gold Mines’).  Several other mines were explored and developed during this era, the names as colorful at the men who worked them and sometimes recalling other years in other mining districts- The Vesuvius, Oregon-Colorado, Belle of Fairview, Big Four, Combination, Confidence, Cripple Creek, Crystal, El Calado, El Capitan, Evening Star, Golden Slipper, Grizzly, Holy Smoke, Holy Terror, Lizzie Bullock, Mayflower, Nomadic, Oro Fino, Peek-a-Boo, Quickstep, Syndicate, Sweepstakes, Three Brothers, Utopian, Tall Timber, War Eagle and many, many others.

In 1903, the Oregon Securities Company secured control of the Champion, Helena and Musick Mines and the Oregon and South Eastern Railroad.  A 30-stamp mill was constructed at the Champion Mine, as well as related buildings.  A post office was established, a 6000 foot tramway was built on a level grade to the Musick electric and mine power was lined to the complex from the “Warehouse” at Lund Park.

Primary transportation routes constructed during this phase include the Annie/Noonday Wagon Road (from Champion Creek up to the Annie/Noonday Mine), Sharps Creek/Hardscrabble Road (from the terminus of the road at Mineral up to the Vesuvius Mines) and Champion Creek Road.  Freighting and passenger depots were built at Mineral, Lund Park (“The Warehouse”), and the Ridge Hotel on Noonday Ridge.

This era continued until inflation hit preceding the crash of 1929 and the Great Depression.  A lull occurred from 1919 until 1939 when H&H (Higgins and Hinsdale) leased a majority of the mining district and began a systematic development of the ore bodies.  H&H erected a new flotation mill at the Champion Mine and recovered gold, silver, lead, copper and zinc in the form of concentrates.  World War II and the issuance of order L-208 closed down all but strategic metal mines of which the Bohemia Mining District was considered to have none.  It led to scavenging and salvaging of equipment in the district for scrap metal.

The years since the war have seen some production, a fair amount of exploration work and some changing of claim ownership.  Roads into the area have vastly improved and there are still claims with current mining activity on them.  A paper sponsored by the Bohemia Mine Owner’s Association in conjunction with the Northwest Regional Conference of the Western Mining Council entitle “A Reconnaissance of the Bohemia Mining District” states that sufficient bodies of high grade mineralized ore remain throughout the Bohemia Mining District, which is over 2,ooo acres in size, to provide a basis for profitable mining operations in the future.  The only formula for success is a combination of men and women with courage, the proper equipment for mining financial resources, luck and hard work.

If you wish to drive into the mining district, remember that there is a great deal of private property (patented mining claims) and valid mineral claims being worked.  Miners’ and property owners’ rights must be respected. 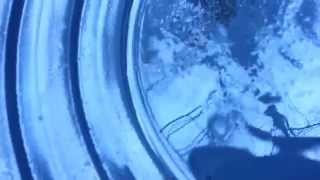 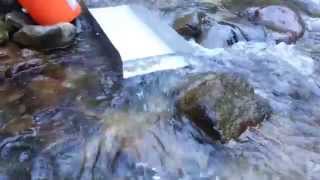